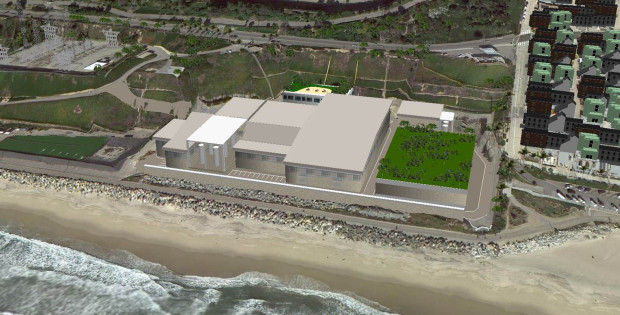 U.A.E. – Emirates Water and Electricity Company (EWEC) and Saudi Arabia’s ACWA Power confirmed the successful financial closing of the Taweelah IWP, the world’s largest reverse osmosis desalination plant. The new project will be located at the Taweelah power and water desalination complex in Abu Dhabi and is expected to be completed in 2022. It will produce 909,200 m3/d, meeting the water demands of 350,000 households and will cost $869 million. The plant’s production capacity will be 44 percent higher than the world’s current largest reverse osmosis plant of 624,000 m3/d.

The project’s financing will draw on $738 million in , with the remainder coming from shareholders and operating cash flow from pre-operations. Abu Dhabi Power Corporation and Mubadala Investment Company hold a 60 percent equity interest in the Taweelah project and ACWA Power holds the remaining 40 percent.[1]

U.K. – Last month, after 15 consecutive days of rainfall, Jersey Water shut down their desalination plant at La Rosiere, which was turned on in September to replenish the island’s water supplies. Reservoir levels have risen from 60 percent to 66 percent, but the ground was still exceptionally dry and streams were still only supplying about 5000 m3/d of water into the reservoirs. The Island’s consumption stands at 18,000 m3/d, but Jersey Water is hoping that the forecast of continuation of wet weather, coupled with expected reduction in water demands during autumn and winter, will help increase water supplies. Jersey Water is aiming for reservoirs to be full by April 1st next year.[2]

U.S.A. – Last month, West Basin Municipal Water District released the final environmental impact report for a 75,700 m3/d El Segundo desalination plant. The project would be located on an 8-13 acres site next to the El Segundo Generating Station, at 301 Vista del Mar. If the district decides to expand the facility to produce an additional 181,843 m3/d to meet future regional demands, a supplemental environmental impact report will then be needed.[3]

U.S.A. – The U.S. Environmental Protection Agency has selected the proposed Huntington Beach Desalination Project to apply for $585 million in credit assistance under the government’s Water infrastructure Finance and Innovation Act (WIFIA). The credit assistance provided by WIFIA to the Huntington Beach Project will result in a direct financial pass through to Orange County water ratepayers. Poseidon estimates the credit assistance will reduce consumer water costs by $290 million over the duration of the project compared to current financing options. The WIFIA program fast-tracks investments in U.S. water infrastructure by providing long-term, low-cost supplemental loans for regionally and nationally significant projects.[4] 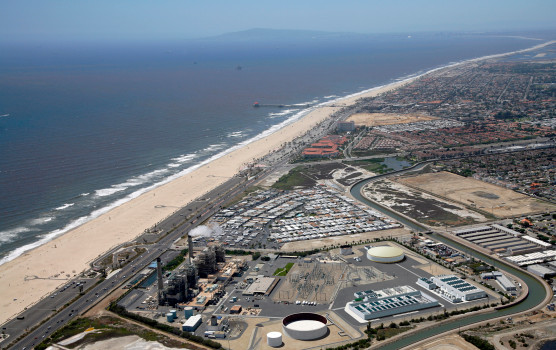 An artist’s impression of the Huntington Beach desalination plant, in the bottom right-hand corner, by the power plant at the same site in California, U.S.A. Credit: Poseidon Water

U.K. – Biwater, Inc. has been selected as the preferred Original Equipment Manufacturer (OEM), for Omya’s Advanced Remineralization Process (OARP). Under the agreement, both companies will partner on selected projects where Biwater will design, supplying and implementing the OARP technology. The partnership is part of both companies’ plans to continue expand and grow their market share in the desalination and water reuse sector. The OARP technology offers precise dosing for post-treatment and remineralization processes.[5]