EGYPT – Construction of Metito and Orascom’s desalination project in El-Arich in North Sinai has started. A ceremony was held in the presence of local authorities including the governor of Sinai-North. The desalination plant will have a capacity of 100,000 m3/d and will be expanded to 300,000 m3/d with the construction of a new unit in a later phase of development. The project is being developed under a public-private partnership (PPP) and the first phase of development will cost $97 million. The water produced by the plant will be sold to the Egyptian public water service utility Holding Company for Water and Wastewater (HCCW). (Afrik21)

EGYPT – The head of the Armed Forces Engineering Authority revealed that the authority was working to construct 53 new desalination facilities across the coastal governorates.  20 units - with a combined capacity of 884,931 m3/d - have already been built in Sinai since 2014. Egypt’s president Abdel Fattah al-Sisi stated that in the last six years, Egypt has invested almost $38 billion in the development of the Sinai Peninsula. Last week the president inaugurated a 1,000,000 m3/d wastewater treatment plant at Sarbaum, east of the Suez Canal. (Egypt Independent)

U.S.A. – El Paso Water has been awarded a $2.05 million grant for the expansion of the Kay Bailey Hutchison desalination plant. Last month the governor of Texas announced $14.1 million in grants to Texas military communities, with El Paso Water receiving a portion of the grant money. The grant, along with $2.05 million awarded from the Bureau of Reclamation and the utility’s own investment of $4.1 million, will fund a two-part expansion of the facility.

The $8.2 million project consists of the construction of a pipeline to deliver source water that is 7 miles away from the plant, and the addition of a fifth reverse osmosis unit. The expansion will increase the plant’s production capacity from the current 104,098 m3/d to 126,811 m3/d. (El Paso Herald Post)

AUSTRALIA – SA Water plans to build solar panels to offset up to half of the Adelaide Desalination Plant’s power bill. The solar panels will be built at the site of a former oil refinery site south of Adelaide. The installation of 35,000 solar photovoltaic panels at the site would generate 21 gigawatt hours of electricity annually and reduce the utility’s carbon emission by 10,710 tonnes annually. SA Water plans to install more than 500,000 solar panels across 37 of its sites nationwide. The Adelaide desalination plant costs SA Water $13.5 million a year in operational costs, despite the plant running in minimum production mode. This bill is expected to rise after the State Government agreed to ramp up the plant’s production rate last year as a drought relief measure to assist the eastern states. (ABC News)

OMAN – Veolia Oman has activated a business continuity plan to protect the operations of the Sharqiyah Desalination Company in Sur that is supplying drinking water to the 400,000 residents of Sharqiyah South governorate and the employees of BP’s gas field in Khazzan.

Employees that need to be present on the ground essential tasks to service continuity are working in team rotations to reduce exposure risk.   Operations carried out or supported by Veolia Oman on the ground are coordinated by a crisis unit working at national and regional level, in liaison with the Veolia Group global crisis unit. (Zawya) 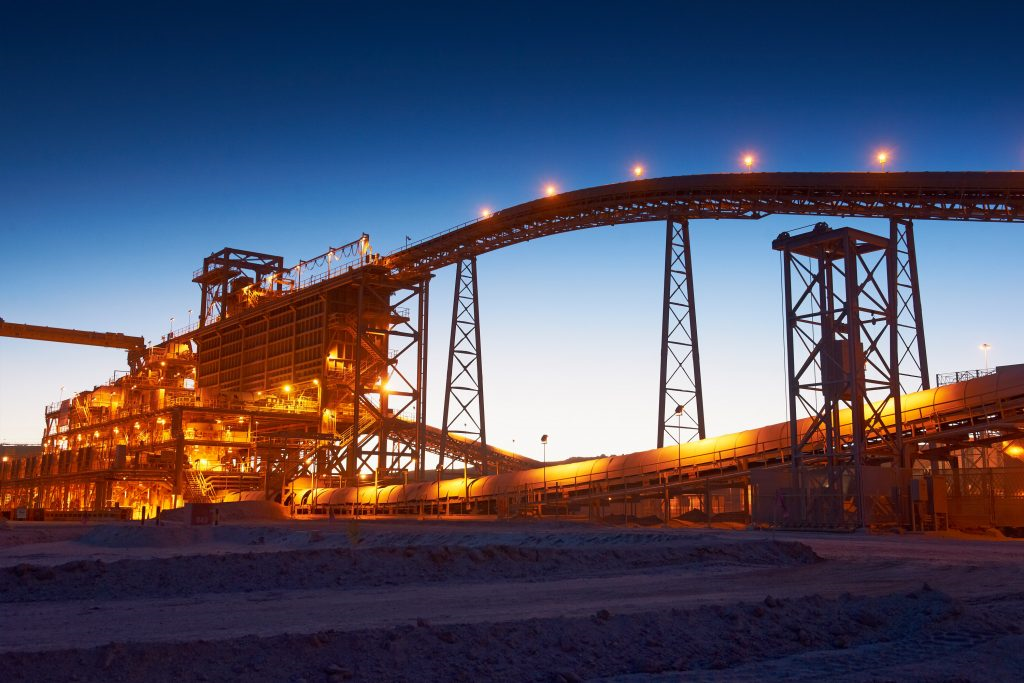 The Spence copper mine in Chile.  Credit: BHP

CHILE  – BHP is expecting delays in the completion of the $2.5 billion expansion of its Spence copper mine in Chile, as measures imposed to stop the spread of covid-19 have resulted in layoffs. The project was slated to begin production by the end of 2020 but BHP stated that first production is unlikely to happen until early 2021. The workforce reductions could also affect the timeline for the commissioning of an $800 million desalination plant at the port of Mejillones, 60km north of Antofagasta city. (Mining.com)