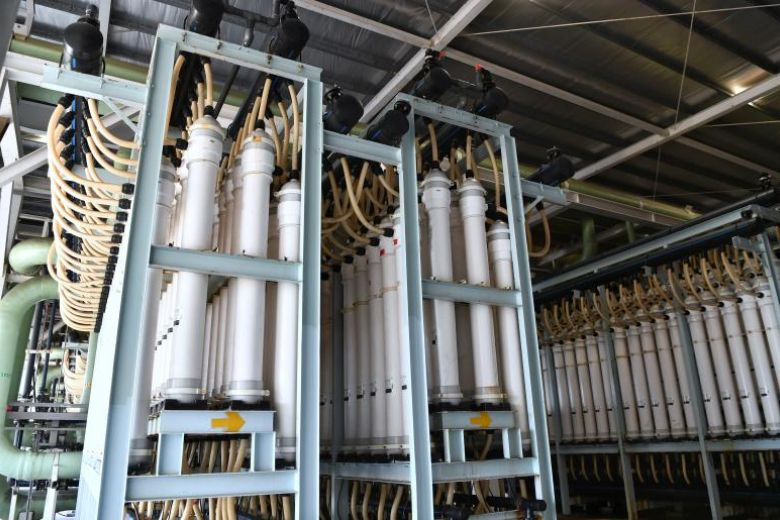 SINGAPORE – After officially taking over the Tuaspring IWPP from Hyflux last week, the Public Utilities Board  (PUB) has started the process of replacing poorly performing membranes to ensure that the plant operates reliably. There are membranes in need of replacement in 72 of the plant’s ultra-filtration trains or racks, 17 high-pressure reverse osmosis trains, and 9 low-pressure reverse osmosis trains.

Following the completion of this work, the plant can return to operating at the contractual capacity of 318,226 m3/d. Since early 2017, operational issues and Hyflux’s lack of funds have meant that the plant has failed to deliver this daily capacity to PUB. To facilitate ongoing operations, PUB has re-employed around 90 percent of the plant’s staff.[1]

U.A.E. – Abengoa has received the order to begin construction of the 909,000 m3/d Taweelah IWP. The project will cost more than $700 million. Abengoa will begin construction as part of a consortium with Sepco III. The project will be the first large-scale project in the UAE to combine desalination with the generation of clean energy—as it will include a 40 MW solar power plant. When complete, this plant will have the capacity to supply clean water to approximately 4.5 million people.[2]

AUSTRALIA – Two proposals to build a desalination plant in either Kwinana, or Alkimos in Perth, have been referred to the Environmental Protection Authority (EPA). As per the plans submitted by the Water Corporation of Western Australia, the Kwinana plant would be independent of the existing desalination plant in the city, and would be developed in two stages, each with a capacity of 68,493 m3/d.

Alternatively, the Alkimos plant would be developed in four stages, each with a proposed 68,493 m3/d capacity. The timing of each stage would be dependent on water demand, groundwater allocation reduction, streamflow conditions, and the timing of the development of other water-source options. A Water Corporation spokesperson stated that no final decisions have been made regarding either the Alkimos or Kwinana locations.[3] 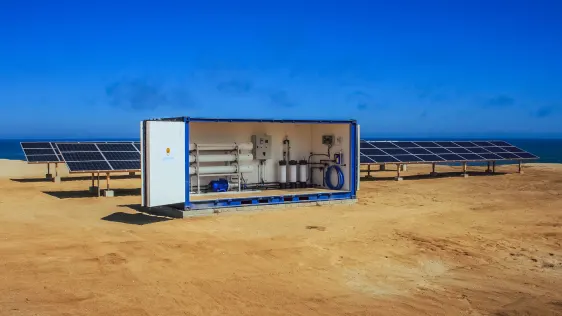 [2] “Abengoa will build the largest reverse osmosis desalination plant in the EAU”, thecorner.eu, May 20, 2019.  < http://thecorner.eu/financial-markets/ibex/abengoa-will-build-the-largest-reverse-osmosis-desalination-plant-in-the-eau/80033/ > accessed May 24, 2019.