AUSTRALIA – The Utilities Trust of Australia (UTA) and Ontario Teacher’s Pension Plan Board raised their holdings in the Sydney Desalination Plant (SDP) to 40% and 60% respectively. The two organizations increased their ownership with their acquisition of The Infrastructure Fund’s (TIF) ownership stake in the plant. Financial details were not disclosed. (IPE Real Assets)

KENYA – Boreal Light, Atmosfair, WaterKiosk and Bilal Sustainable Development Programme are collaborating to build 40 solar powered 1,000 m3/d  desalination systems in several counties in Kenya and three towns in Tanzania. The project is estimated to cost $4 million. Amosfair will predominantly finance the desalination project. Boreal Light will manufacture the desalination systems. WaterKiosk will install and operate the systems throughout Kenya and prepare expansion into Tanzania. Bilal Sustainable Development Programme will oversee the entire project and ensure that social, legal and sustainability aspects of the projects are respected. (Afrik 21) 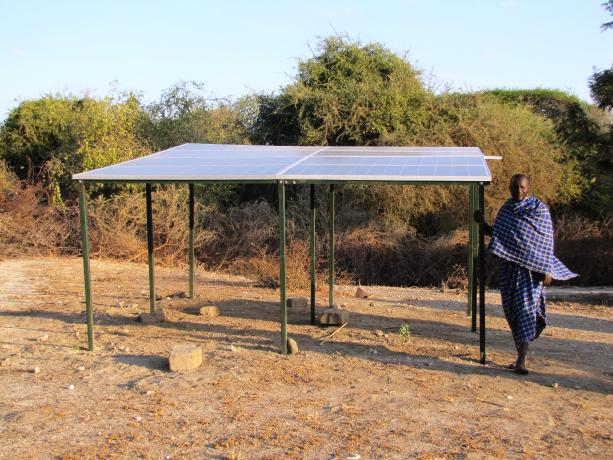 TANZANIA – Phaesun, in collaboration with nine other European project partners, is developing electrodialysis based desalination systems as part of the EU development and innovation project REvivED Water.

A pilot plant was installed in February 2020 at a saline well in the Tanzanian Maasai village of Ndedo and supplies the population with water at a rate of 2 m3/d. The pilot system is completely self-sufficient and doesn’t need additional infrastructure or power supply. In comparison to other desalination technologies, no waste products are produced and no fuel is needed to operate the system.

The Ndedo plant is the seventh system installed within the REvivED Water project. With the Ndedo project, for the first time, a water kiosk model was utilized. The village residents pay a small fee for the water so a watchman can be paid to operate the plant.  As a result the plant is maintained on site and operation is ensured in the long term. Phaesun can track the performance of the plant via a remote monitoring and control system and can change system settings if needed. The REvivED Water project runs until May 2020, after which Phaesun will incorporate the desalination system in its product portfolio. (pv magazine)