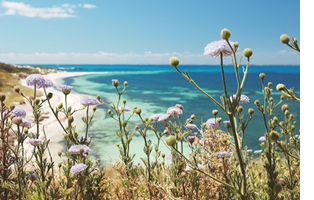 On the shores of Rottnest Island in Western Australia, solar energy will soon help to power an existing desalination facility that is undergoing major upgrades. [1] In the spring of 2017, the Rottnest Island Water and Renewable Energy Nexus Project (WREN) will realize its objective to deliver electricity and drinking water for the island at a lower cost and with reduced emissions—by using renewable energy and displacing existing diesel-powered generators. [2]  The WREN Project will add 600 kW of solar power to an existing 600 kW wind turbine that was installed in 2004.  It will also implement a smart control system that will maximise the use of solar and wind energy when it is most abundant, and store treated water for times when renewable energy is not available. [3] 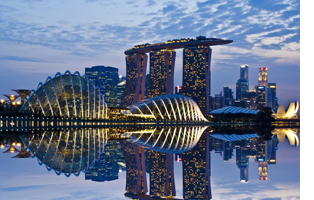 The national water agency of Singapore, the Public Utility Board (PUB), has selected the civil engineering company HSL Constructor to design and construct the nation’s third desalination facility.  HSL Constructor bid $153 million (USD) for the plant, which will be located in Tuas.  The plant will operate at a capacity of 136,000 cubic metres per day, the same as the nation’s first facility, which is less than half of the production capacity of the second plant at Tuaspring (which is over 300,000 cubic metres per day). Construction will begin in 2017. 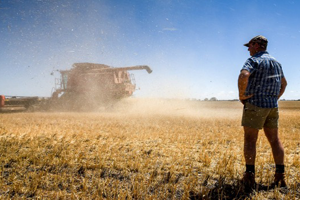 The main proposed project to improve Victoria’s water supply will be the creation of 40 kilometres of trunk pipelines and four new pumps, which will be installed at Woosang, Korong, Vale, and Wychitella.

Wheat farmer Leon Hogan on his property, where his harvest is down 80 percent from last year | Credit: Justin McManus 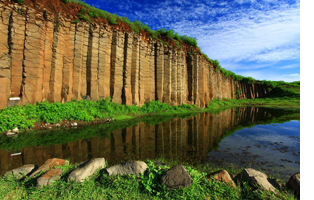 In Penghu County, Taiwan, the “the Canary Islands of the Orient,” a local official has requested that the central government expand the capacity of a desalination plant that is scheduled to open in 2018.  Last week, Penghu County Magistrate, Chen Kuang-fu, made his appeal during a meeting with the deputy head of the country’s Water Resources Agency. Chen requested an increase of 6,000 cubic metres per day, as opposed to the scheduled 4,000 cubic metres a day. 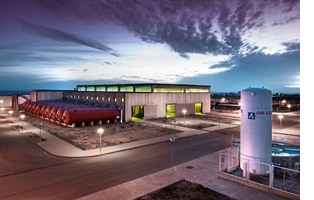 In the Middle East, the intergovernmental political and economic union known as the Gulf Cooperation Council (GCC) is set to increase its desalination capacity by 40% within the next five years, in order to meet the region’s growing demand for drinking water. GCC member states—Bahrain, Kuwait, Oman, Qatar, Saudi Arabia, and the United Arab Emirates—currently use around 3,300 million Imperial gallons of potable per day (MIGD; 15 million m³/d) and this number is expected to increase to 5,200 MIGD by 2020 (23 million m³/d).

According to data produced by MEED Projects (a Middle East and North Africa projects tracker): “While reserve margins between supply and demand appear to be at comfortable levels, at country and local network levels the supply-demand gaps are much smaller.” 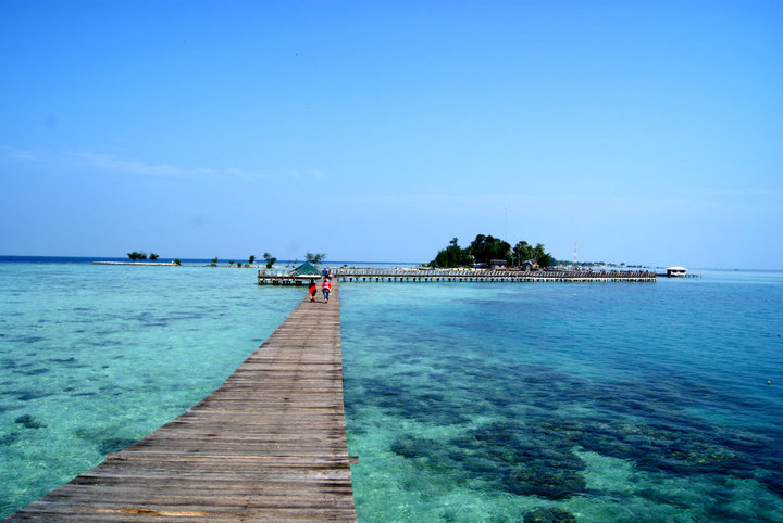 In Jakarta, the Indonesian megalopolis of Java, city officials are planning to develop five seawater desalination projects in the Thousand Island archipelago that is just north of the city. The Thousand Islands, also known as Kepulauan Seribu, consists of a string of 128 small islands in the Jakarta Bay, which are surrounded by clear, calm waters and white-sand beaches. Of these islands, 13 are fully developed for public use, and among them, Karya, Kelapa, Harapan, Tidung, and Untung Jawa will become home to new plants.1 The construction will be completed by next year. 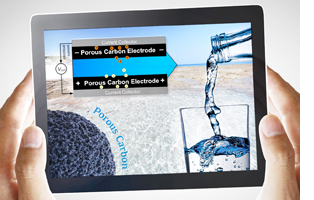 Scientists at the Leibniz Institute for New Materials (INM) in Saarbrücken, Germany are further developing an emerging desalination method.  The process, referred to as capacitive deionization (CDI), extracts ions from water using electrodes, generating clean water and ions that have been enriched on the electrodes.[1] This process removes salts and heavy metals and, uniquely, it does not use conventional water treatment methods that rely on chemical reactions or sophisticated filtering methods.

In addition to desalination, Professor Volker Presser, head of the Energy Materials Group at INM, explains that emissions from power plants can be used to produce electricity using CDI—as long as the emissions are present (i.e. dissolved) in the water as ions— by taking advantage of the temperature change between the charge and discharge of the electrodes. 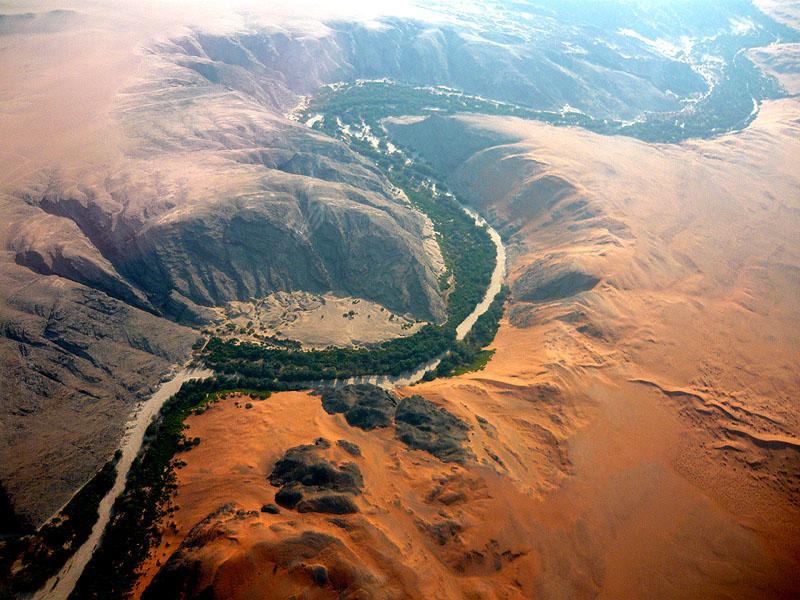 The Namibian government has made progress towards finalising a deal to purchase the country’s sole desalination plant.1 Since September 2014, a Cabinet-appointed government negotiating team has been working with the privately-held company, Areva Resources, to purchase the plant, located in the Erongo region, 30km from the capital, Swakopmund. The Omdel water-supply system and the Kuiseb River have long supported the region’s coastal towns and businesses, however, their volumes have been diminishing over the years. In 2009, water shortages stopped the Erongo region’s uranium mining production for the first time.

The Areva plant currently supplies water exclusively to the Husab and Rössing mines; and will continue to support these mines after officials finalise its purchase. Sugnet Smith, of Areva Resources Namibia, has reported that the company is not able to reveal the plant’s purchase price prior to the conclusion of negotiations. Assuming the sale concludes smoothly, the Namibia Water Corporation (NamWater), owned by the government’s Ministry of Agriculture, will soon assume responsibility for distributing at least 11 million cubic metres of water annually; however, the plant is capable of producing 20 million cubic metres.3 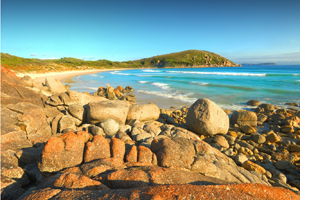 In Australia, officials are developing a water plan that will possibly restart Victoria’s $4 billion seawater desalination plant.[1]  Located on the continent’s southeastern coast, Victoria’s mainland (230,000 square kilometres) is defined by rugged coastline and vast expanses of ancient and protected forests.  A lack of rainfall since July 2014 has brought the ravages of drought to the terrain, parching vast expanses of land (in the north and the west) and diminishing water storage levels.  Parts of western and south-eastern South Australia have received the lowest rainfall on record; and by December, several rivers in Victoria will stop flowing altogether. 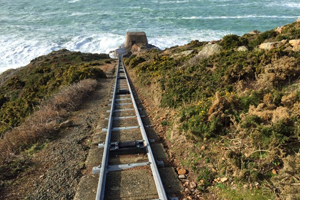 The U.K.’s first desalination plant, La Rosière in Jersey, is undergoing major upgrades. ACWA services Ltd, which is part of a leading water and wastewater corporation, will nearly double the plant’s capacity, reduce operational costs, and implement security measures for periods of low rainfall. The turnkey solution will include the redesign and expansion of the existing seawater and reverse osmosis process streams, a new dual media filter, next generation reverse osmosis membranes, pre-treatment systems and related equipment. Once the plant is operational, it will produce 10,800 cubic metres of water a day, with the capacity to produce 15,000 cubic metres of water daily (upon future expansion). 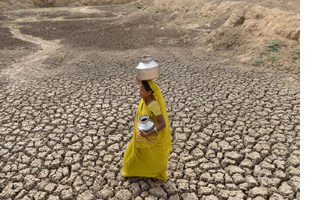 In the water-starved city of Chennai, India, the Tamil Nadu state government is setting up a third desalination plant.  Located in Nemelli, the plant will use reverse osmosis to produce 150 million litres of water a day—contributing to Chennai Metrowater’s current distribution of 550 million litres of water to the region on alternate days [1] The German development bank, KfW, is financing the plant’s construction, and a team from the bank will soon visit Chennai to finalize details.  It is expected that the project will take 30 months to complete after the construction contract has been awarded. 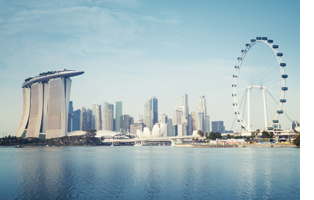 Singapore’s five million inhabitants currently consume an average of 1.5 million cubic metres of water a day.[1] To meet the needs of a growing population, the island-nation’s Public Utilities Board (PUB), the national water agency, has announced plans to build a fourth desalination plant. The plant will produce 136,400 cubic metres of water daily.[2]  Reports suggest that the plant will be located near water stressed zones.

Apart from desalination, Singapore’s PUB draws freshwater from three other sources—local catchment areas, imported water, and reclaimed water.[3]  PUB has also created a water conservation programme that targets the private and public sectors.  Since 2003, per capita domestic water consumption has fallen from 165 litres per day to 150 litres, and further reductions aim for an average of 140 litres by 2030.[4] 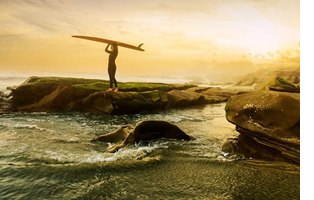 In San Diego, during California’s crippling drought, the International Desalination Association has kicked off its 2015 World Congress.  The event is focused on desalination and water reuse, and brings together delegates from across the world every two years.  In the words of the IDA Secretary General, Patricia Burke, the purpose of the event is “to address the growing demand for a sustainable source of fresh water in response to population growth, economic expansion, degradation of existing resources, and the effects of climate change.” The location is fitting, as San Diego is home to the nearly finished Carlsbad Desalination Plant—the largest in the Western hemisphere. 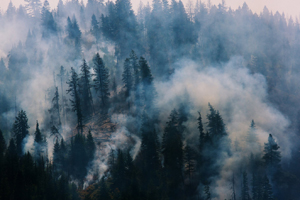 For the first time since 2013, the U.S. entered “National Preparedness Level 5”—a term that signifies “all agency fire resources” across the country are nearly exhausted and struggling to fight fires.  At present, vast infernos are raging across Northern California and the Northwest.[1]  The severe drought and heat across the region is creating one of the worst “wildfire summers” on record.  Last week, fire officials reported the situation could worsen “with a new round of wind and heat.”[2]  The New York Times reports that more acres have burned this year so far – 7.2 million as of last week – than in each of the previous 10 years.[3]  Alaska has suffered the great majority of these conflagrations, but California is currently dealing with the worst of them. 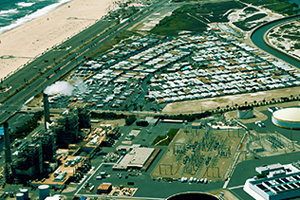 In California, the revised ‘Ocean Plan’ requires desalination plants to use subsurface ocean intake systems unless a study determines it to be infeasible.[1]  For the proposed desalination facility at Huntington Beach, a report has concluded that a subsurface ocean intake is financially infeasible.  The report, completed by an Independent Scientific and Technical Advisory Panel (ISTAP), was jointly commissioned by Poseidon Resources and the California Coastal Commission.  The report calculates an estimated cost of $1,000 (USD) extra per acre-foot of desalinated water for a subsurface intake, which brings the total cost to approximately $2,661 (an open-ocean intake would cost a total of $1,639 per acre-foot).  Construction for the subsurface intake would also take five to seven years longer than an open-ocean intake. 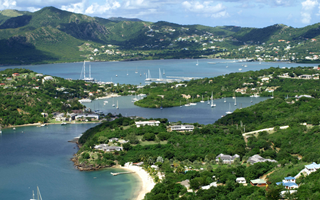 In the West Indies, the twin island state of Antigua and Barbuda has depleted its reservoirs.  While water rationing has been in place for more than a year, the country’s 90,000 inhabitants are now entirely dependent on desalination plants, surface water, and ground water.[1] Water management is reported as the nation’s principal environmental concern.  Droughts occur in the tropical nation every five to ten years—and in 1983-1984, authorities had to import water from other countries to make up for the deficit.[2]

DesalData Weekly is a roundup of recent developments in international desalination news. We summarise the important facts and stories in one convenient place to keep you up-to-date on new plant developments, research and development, and company news, among others. Sign up below to have DesalData Weekly mailed directly to your inbox.

Enter your details below and we'll send you an update when we publish a new blog post.