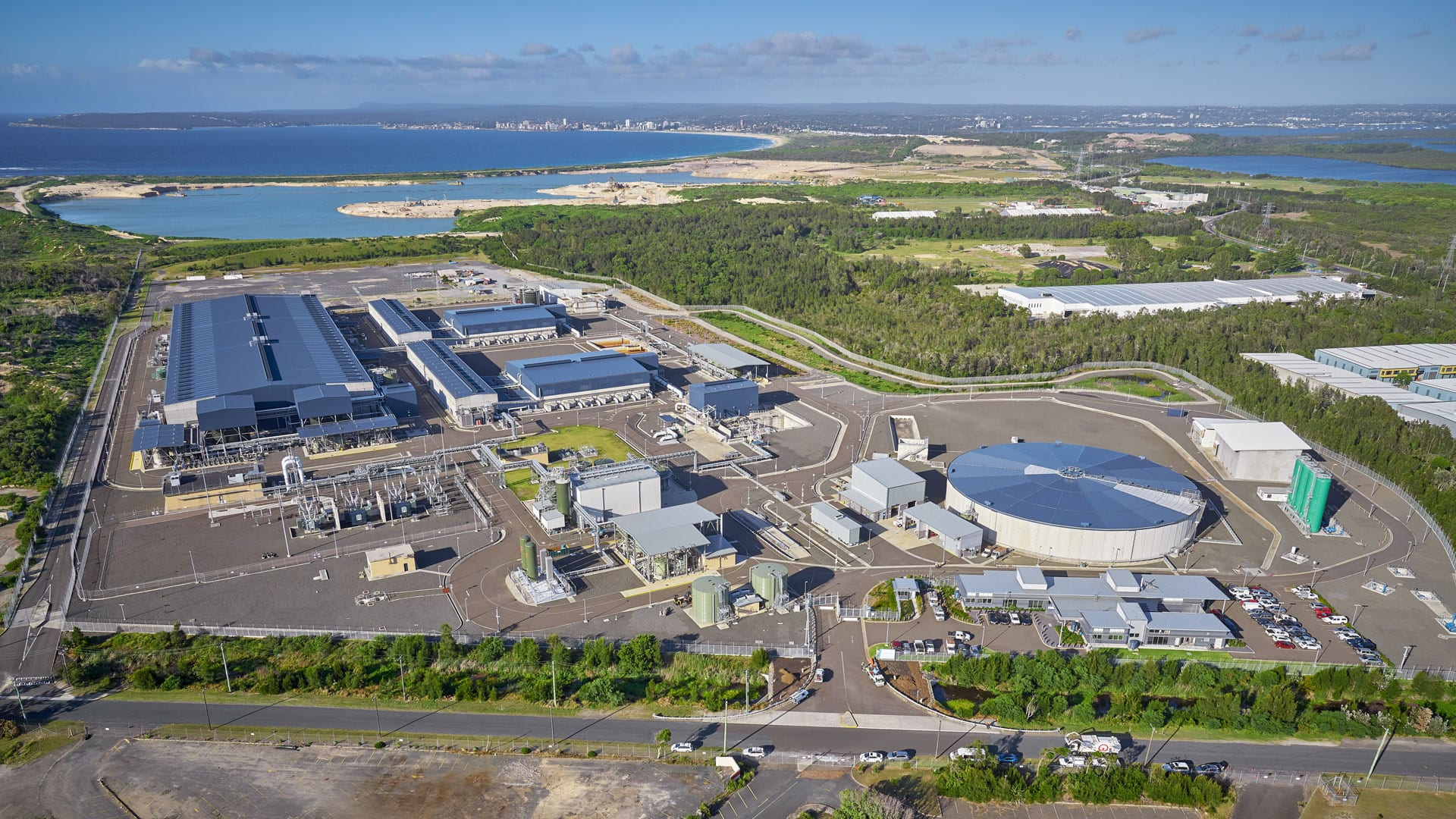 There will also be other schemes in Sydney, as well as Hunter and other parts of NSW, according to the official. Sydney’s desalination plant is currently producing 250,000 m3/d—15% of Sydney’s water supply. The plan is to increase the plant’s capacity to provide 30% of Sydney’s water. Since there is already sufficient intake piping in place, and the site is prepared for expansion of the plant, construction of the expansion is expected to be swift.[1]

U.S.A. –  Last week, U.S. Secretary of Energy Rick Perry revealed that the National Alliance for Water Innovation (NAWI) was selected to lead the Department of Energy (DOE) Energy-Water Desalination Hub (Hub). The Hub will center on early-stage research and development for energy-efficient and cost-competitive desalination technologies and manufacturing challenges. Congress has allocated a total of $40 million for the hub since the 2017 fiscal year. Public and private stakeholders are expected to fund an additional $34 million.

The NAWI is a public-private partnership with over 35 members and more than 180 organizations within the alliance. It is led by DOE’s Lawrence Berkeley National Laboratory in collaboration with several other National Laboratories. The NAWI team will develop technologies that treat seawater and brackish water that is to be used for municipal purposes as well as a variety of industries, including agriculture, oil, and gas. The goal is to advance energy-efficient desalination technologies that are cost-effective—and to reduce the environmental impact of 90% of non-traditional water sources within the next 10 years.[2]

EGYPT – President Abdel-Fattah El-Sisi ratified two loan agreements with the Kuwait Fund for Arab Economic Development (KFAED) for a total of $131.6 million to finance several desalination and wastewater treatment projects. The first loan, $49.3 million, will finance the construction of four desalination plants in the South Sinai governorate. Each of these facilities will produce 56,000 m3/d of water to supply cities in the South Sinai governorate.

The treatment plant will be one of the largest on the African continent. To help finance this $739 million project, the Egyptian government is relying on a loan from the Arab Fund for Economic and Social Development.[3]

INDIA – The Dahej-based industries have ordered 70,000 m3/d from Gujarat Industrial Development Corporation’s planned 100,000 m3/d desalination plant at Dahej. Larsen & Toubro Limited (L&T) was awarded the contract for the construction of the $141.6 million project and the plant is expected to be operational by 2022.[4 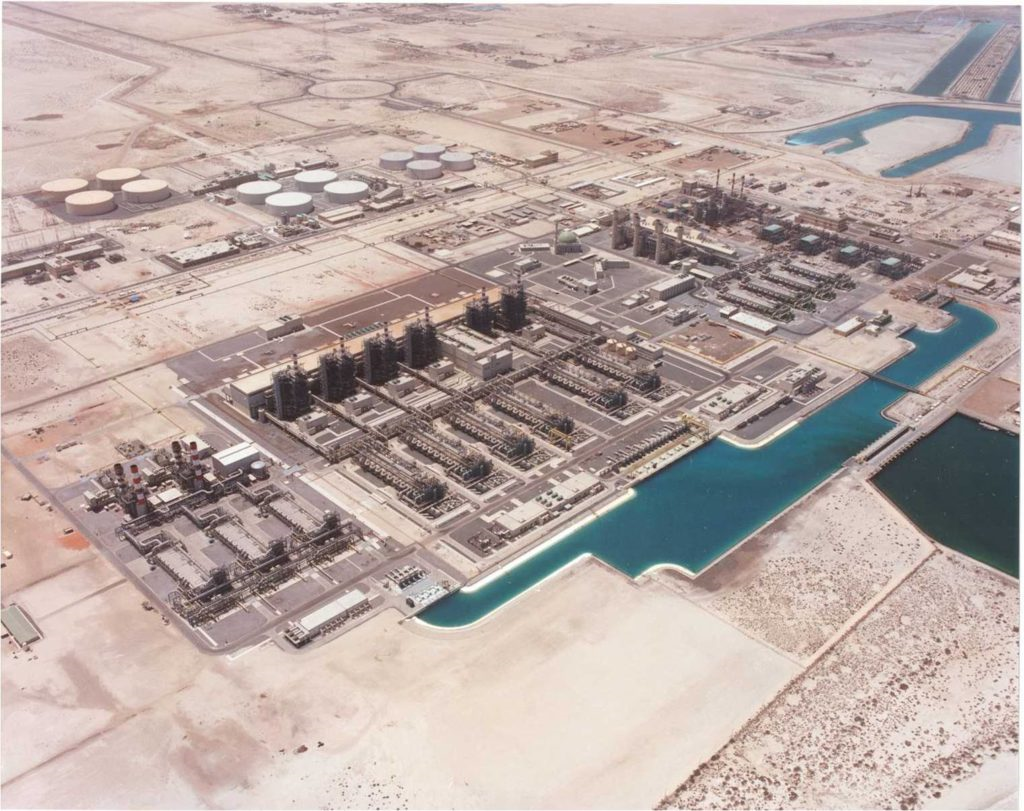 The Taweelah B Power & Desalination Complex is the largest independent power and water plant in the UAE. Credit: tapco.ae

The TNBE plant, located 80 kilometers from Abu Dhabi in Al Rahba City, produces 310,952 m3/d and utilizes multi-stage flash units. It is part of the larger Taweelah B Power and Water generation project which is majority owned by Abu Dhabi Power Corp. and TAQA.[5]

NAMIBIA – The Popular Democratic Movement (PDM) released its 2019 elections manifesto, in which it promised to construct three desalination plants to address the country’s water scarcity, and to promote agricultural activities.[6]