MOROCCO – The Moroccan government has revealed that it is investing $33.9 million in the construction of the Sidi Ifni water desalination plant in southwest Morocco. The German development agency, Kreditanstalt für Wiederaufbau (KfW), is granting a loan that will cover the full cost of the plant. The production capacity of the plant will initially be 8,640 m3/d, but the country’s electricity and drinking water utility ONEE has plans to double this capacity in the near future.[1]

INDIA – Chennai authorities have announced plans to set up five 1,000 m3/d mini-desalination plants. The plants, each costing $17.3 million, will be located at Kasimedu, Thiruvottiyur, Triplicane, MRC Nagar, and Thiruvanmiyur. Operations will begin within the next six months.[2]

Last month, Metrowater issued the work order for the construction of the delayed 150,000 m3/d desalination plant at Nemmelli. A team from Cobra Instalaciones y Servicios and Tecton Engineering and Construction will begin construction once the project is inaugurated by chief minister Edappadi K Palaniwami. The project was first announced roughly five years ago and, following the resolution of a long-running legal challenge from an unsuccessful bidder, is expected to be operational in about two years.[3]

ISRAEL – A report prepared by Israeli scientists argues that the Gaza crisis imperils the nation’s coasts and water supply. The report was presented by scholars from Ben-Gurion University and Tel Aviv University at the annual Conference of the Israeli Association of Public Health Physicians and Schools of Public Health. The report warns that “collapsing water, sewage and electricity infrastructure in the Gaza Strip pose material danger to Israel’s groundwater, seawater, beaches and desalination plants.”

According to Haaretz, the authors of the report explain that Israel has hitherto been able to mitigate the effect of environmental pollution in Gaza. However, as the population of Gaza grows, Israeli officials’ ability to continue to do so will diminish.[4] 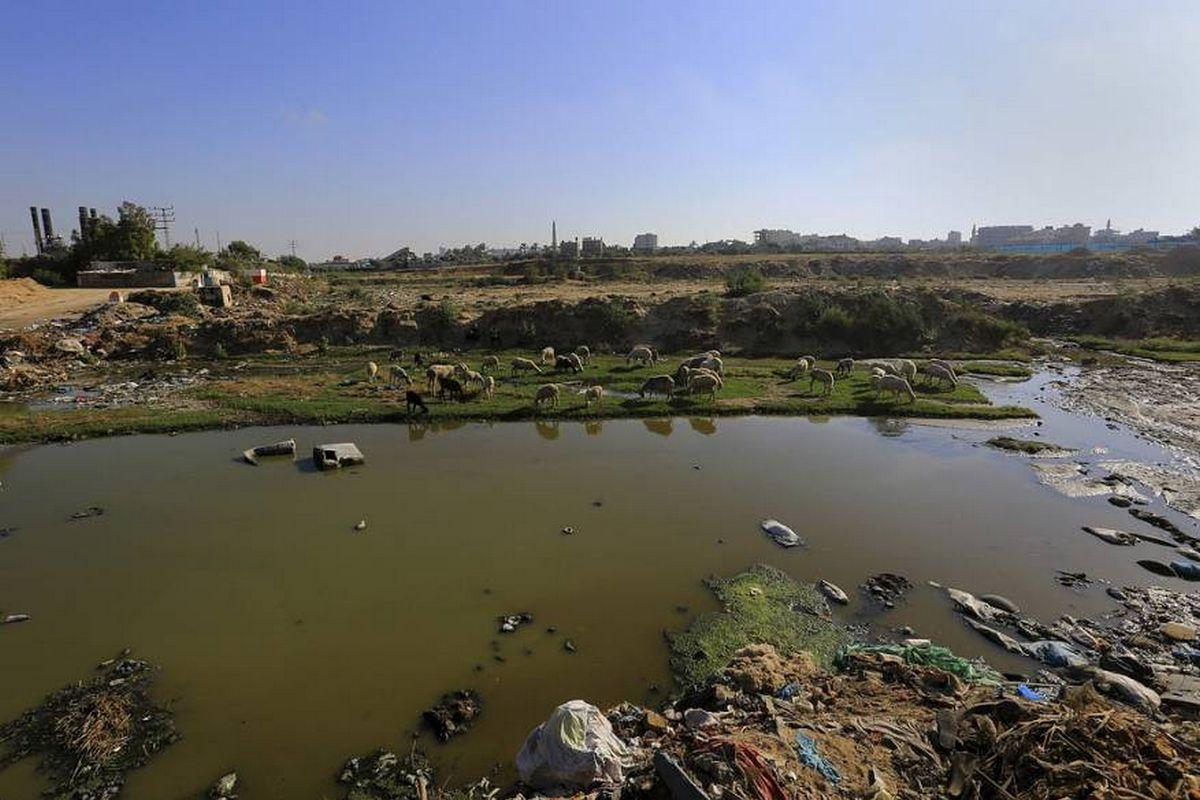 Photo of the sewage problem in Gaza. Credit: middleeastmonitor.com

SAUDI ARABIA – The Red Sea Development Company has launched a brine desalination challenge that calls on academics, scientists, engineers, and the water industry to develop new solutions to manage the disposal of brine from desalination. The Red Sea campaign is being conducted in partnership with the King Abdullah University of Science and Technology.

Five winners of the competition will present their work at Amsterdam International Water Week, and the first-place winner will walk away with $10,000.[5] Applicants may submit their proposals until August.