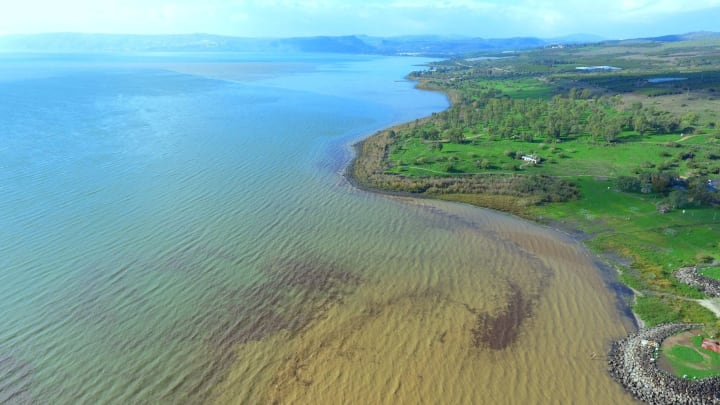 The Sea of Galilee is a freshwater lake in Israel. Credit: Shai Mizrahi

Towards the total cost of $183.926 million, the German agency KFW will provide a loan of $102.2 million via the Atal Mission for Urban Rejuvenation and Transformation (AMRUT). The new plant will be located near the existing Nemmeli facility on East Coast Road. It is expected to serve 900,000 residents once it begins operations in 2021.[1]

ISRAEL – Israel is in the middle of a $276 million water infrastructure project to pump desalinated water from the Mediterranean Sea to the Sea of Galilee. The project could have far-reaching impact on the nation’s water diplomacy.

Plans for an intricate pump system along existing pipes may allow for a reversal in the direction of water transport in the country, which currently flows southward from the Sea of Galilee in the North. The conveyance system would allow for the transporatation of water northward from desalination plants in the South. In the long term, this change could raise water levels in the lake by up to half a meter.

Last June, the Israeli government approved the first stage of the project, which provides $30 million for desalination projects, the rehabilitation of streams, and the laying of new pipelines to the Sea of Galilee. Roughly $195 million needs to be invested in the development of new pumping stations; an additional $83 million is needed to develop 30 kilometers of new pipes to connect the northern Eshkol Water Treatment Plant to the Sea of Galilee.

The entire project is scheduled for completion within the next five years. If successful, it will mark the first time that a shrinking body of natural water is supplemented with desalinated water. By easing the strain on the Sea of Galilee, Israel could increase the amount of water it sends to Jordan to support the water security and social stability of its neighbor.[2]

SINGAPORE –  Hyflux has revealed that Tianjin Dagang Newspring Co., Ltd (TDN) – a project company established to own and operate a 100,000 m3/d desalination plant in Dagang City, Tianjin Municipality – has successfully restructured an $89.4 million Bank of China loan. The loan’s maturity date has been extended by three years to 2026, and the repayment schedule adjusted for lower annual payments. The loan, which is guaranteed by Hyflux, was taken out to support the construction of the desalination plant.[3] 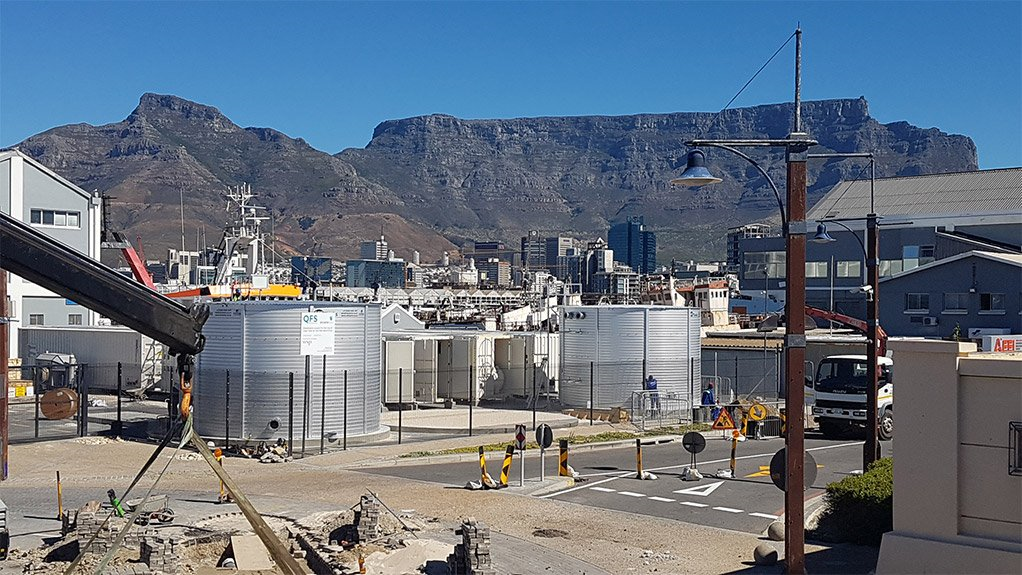 SOUTH AFRICA –   The City of Cape Town is on the verge of entering litigation with Quality Filtration Systems (QFS), the company responsible for managing the V&A Waterfront desalination plant.  Earlier this month, QFS filed papers against the city in the Western Cape High Court. Prior to this, the company had gone into mediation with city officials for five days, but no consensus was reached and the mediation ended in April.[4] 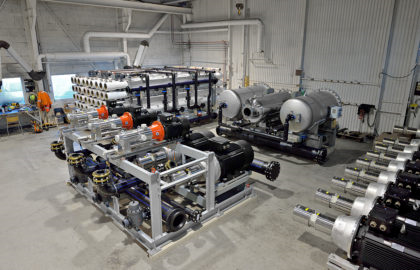 The Norwater factory where freshwater systems are build.  Credit: Norwater

NORWAY – Since 2005, the Norwegian company Norwater—which produces freshwater systems for vessels and rigs in marine, fish farming, and offshore industries—has assembled more than 400 reverse osmosis systems at its production facility on the west coast of Norway. Norwater uses Hoyer electric motors on the high-pressure pumps which pressurize seawater in RO systems. The fresh water that is produced is then utilized by crews of ships and offshore rigs for drinking, cooking, and washing. A two-stage RO-system can be used on chemical carrier ships to provide extra clean water for cleaning the tanks in between cargos.[5]

[3] TDN is wholly-owned by Hyflux and with the new terms Hyflux is expecting less pressure on TDN’s cash flow in the short to medium term. “Chennai to get third desalination plant”, livemint.com, June 27, 2019.  <https://www.livemint.com/news/india/chennai-to-get-third-desalination-plant-1561627771332.html  > accessed July 4, 2019.