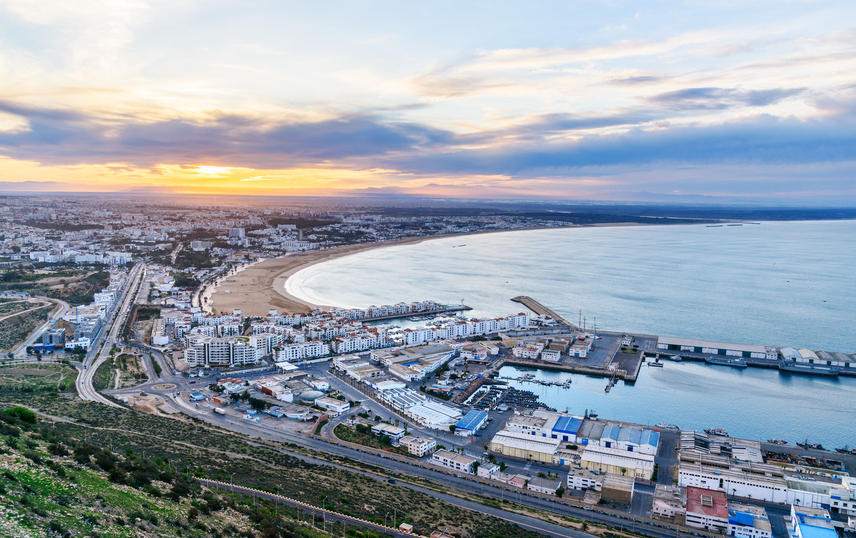 The city of Agadir is located along Morocco’s southern Atlantic coast. Credit: Marseille-airport

MOROCCO –   Abengoa is building the largest desalination plant in Africa in the southern city of  Agadir.  Company officials plan to have the plant running by 2021. The plant will initially have a capacity of 275,000 m3/d. Civil works at the site will be designed to accommodate an eventual maximal capacity of 450,000 m3/d. The project will supply drinking water to 2.3 million people in the Souss-Massa region, as well as a 15,000 hectare farming-area in the Chtouka Ait Baha region.

The project will cost $417.7 million and farmers have contributed a small sum from their own funds in exchange for a discounted government offer on future desalinated water sales.[1]

ISRAEL – The Kinneret Academic College has announced that Israeli scientists have developed a method to reduce biofouling of membranes in the seawater desalination process. The new method is based on utilizing polyaniline conductive polymers that chemically bind to the surface of the membrane—thereby giving it antimicrobial properties. This method results in a dramatic reduction in biofouling development, without impairing the filtering properties of the membrane. According to lead scientist Ran Suckeveriene, this new method could potentially double the working life of desalination membranes and drastically reduce the cost of desalination.[2] 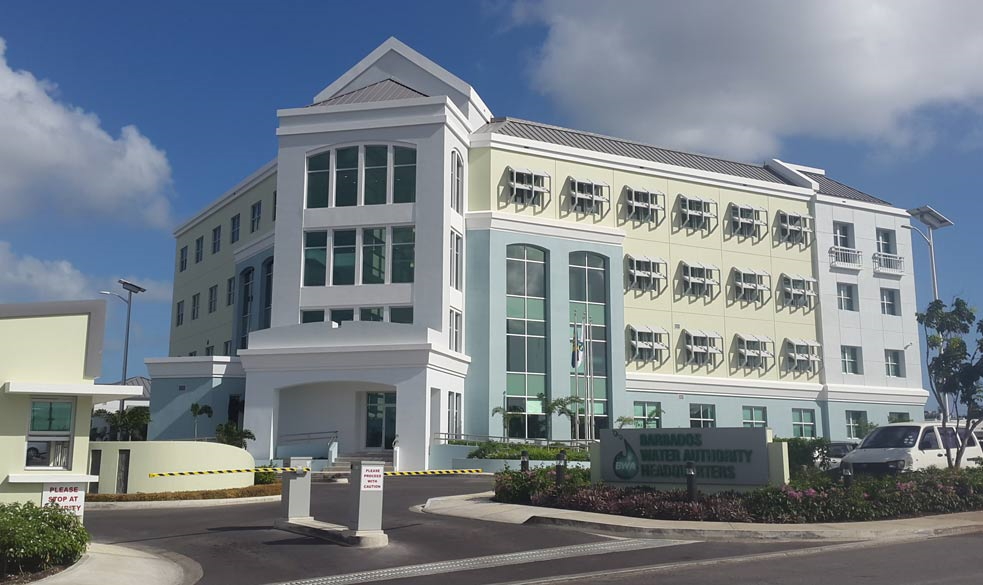 BARBADOS –   Two weeks ago, the Ionics Freshwater Desalination Plant went offline for a few days as a result of repair works being carried out on the plant. Thousands of people in St. Michael, St. James, and St. Thomas were affected by the cut to their water supply. Many people were forced to buy water—or to look for it at neighborhood standpipes.

Pumping eventually resumed at the plant early last week and the water supply gradually returned to normal for the affected areas. The Barbados Water Authority thanked customers for their patience and apologized for the interruption in service.[4] 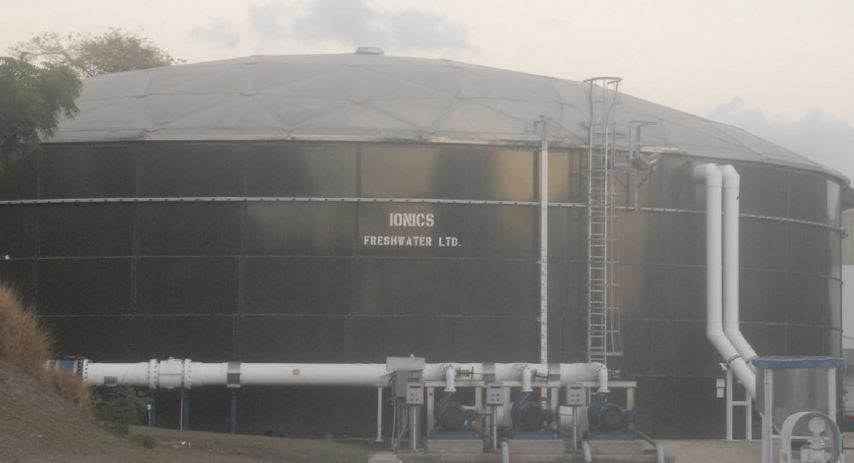