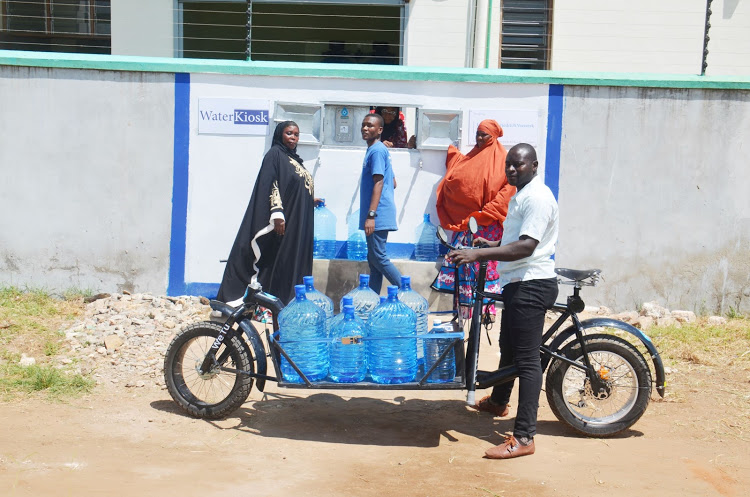 Fresh water from the desalination plant is being distributed with a solar-powered motorbike.  Credit: Brian Otieno

KENYA – The nonprofit organization Bilal Muslim Mission of Kenya has launched a solar powered desalination plant in the outskirts of Mombasa in Mtongwe area. The plant cost $88,609 and was realized with the support of Borea Light GmbH and the Irene and Friedrich Vorwerk Foundation. The facility will produce 20 m3/d and will supply potable water and drip irrigation to the communities around Mtongwe.

There are plans underway to connect some households to the fresh water so they can access the water from their homes through taps. In the meantime a solar-powered motorbike will be delivering the water to individual households. The project will charge $0.049 per 20-liter of fresh water, while normally vendors charge up to $0.20.[1]

U.S.A. – AdEdge-Rotec is commercializing their Flow Reversal (FR-RO) technology. The technology is designed to be implemented in existing and new desalination facilities for brackish water and other industrial applications. AdEdge-Rotec claims their new technology enables significant system performance improvements which will lead to higher profitability and reduced operating costs and environmental impacts.

Their technology is designed to inhibit and prevent mineral scaling, which allows the system to operate at higher recoveries. The company claims that FR-RO increases process recovery by 20 percent and reduces brine volumes required for disposal up to 60 percent.[2] 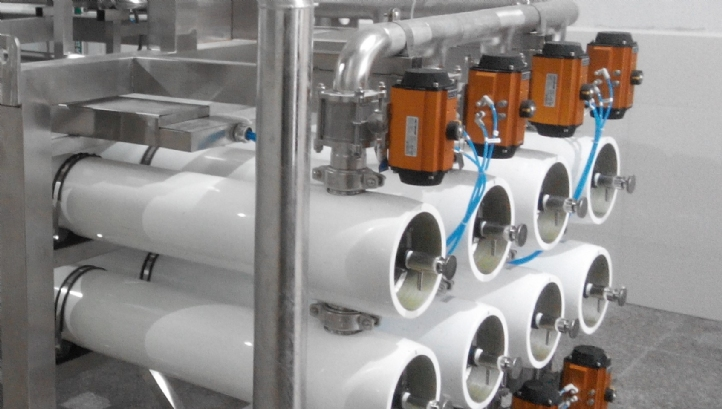 MOROCCO – The German development agency, Kreditanstalt für Wiederaufbau (KfW), has granted a loan of $61.82 million to Morocco’s National Office for Electricity and Drinking Water (Onee). The loan will be used to implement several water projects in the Kingdom. $24.5 million will be allocated to support the Settat Drinking Water Supply Programme with the aim to increase production at the Daourat treatment plant in western Morocco. The Sidi Ifni desalination plant will also receive financial support from KfW, in the form of $77,969 for the feasibility study for the construction of the desalination plant outfall.[3]