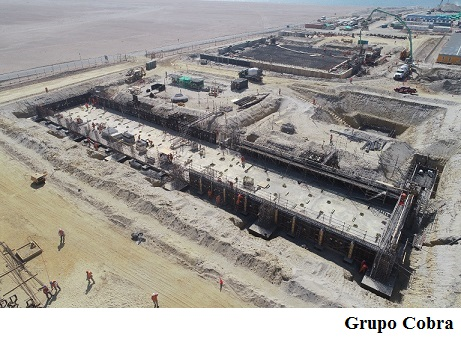 Construction of the desalination plant for the Spence mine in Antofagasta region, Chile.  Credit: bnamericas.com

TUNISIA – Groupe Chimique Tunisen (GCT) has selected eight companies from the first round of tenders for a desalination project in the Gabès area in the south-east of Tunisia. The names of the eight companies have not been disclosed but GCT has indicated that the selected companies are based in China, France, Spain and Switzerland. The final selection will be disclosed within a few weeks.

The winning company will be working within a public-private partnership (PPP) framework and will be in charge of designing, financing, building and operating the Gabès desalination plant. The facility will have a capacity of 25,000 m3/d and there are plans for an additional expansion project that would expand the capacity to 50,000 m3/d in the future. The produced water will supply GCT’s plants in the Gabès industrial zone, and the planned desalination plant will enable GCT to become less reliant on potable water resources from the National Company for Water Exploitation and Distribution (Sonede).[1]

MOROCCO – Morocco has announced plans to build a second desalination facility at Laayoune. The plant will become operational by next year and will have a capacity of 51,840 m3/d. This year the state-owned electricity and water provider ONEE will construct an 18,000 m3/d wastewater facility in Laayoune to meet the growing population demand. Construction works of the wastewater plant are expected to begin soon and the plant will serve the water needs of the Dakhla-Eddahab region.[2]

CHILE – In Chile’s mining industry there are 12 desalination plants currently in operation. An additional 15 are planned and six of them could commence operations over the next two to three years. The desalination plant for BHP’s Cerro Colorado mine in Tarapaca region has 18 companies pre-qualified to participate in the $190 million tender. The plant’s capacity will be 48,556 m3/d, with 13,997 m3/d in the first phase to supply water to the mine and 34,560 m3/d in a second phase to supply third parties. Environmental approval is expected in April of this year.

The desalination plant for BHP’s Spence Growth project in Antofagasta region will become operational by the end of 2020. A joint venture formed by Japan’s Mitsui and Spain’s Tedagua has been awarded the contract for the construction of the $620 million facility. Construction work started in 2018 and the plant will supply 138,240 m3/d to the Spence mine. The Los Pelambres copper mine in Coquimbo region will have a 34,560 m3/d desalination plant as part of its $1.3 billion expansion plan. The expansion work is set to finish in 2021.

The desalination plant for Collahuasi will have an initial capacity of 45,360 m3/d and will be expanded to 90,720 m3/d to extend the mines life by 20 years. In March a new tender process will start for a desalination plant that will supply all of Codelco’s facilities in Calama. The plant will have a potential to reach 168,998 m3/d and will be the second largest desalination facility in Chile, behind the $3.4 billion Escondida plant.  Teck Resources’ plant for the $5 billion Quebrada Blanca Phase II mining expansion will have a capacity 112,320 m3/d, will be constructed IDE Technologies and will be operational in 2022.[3] 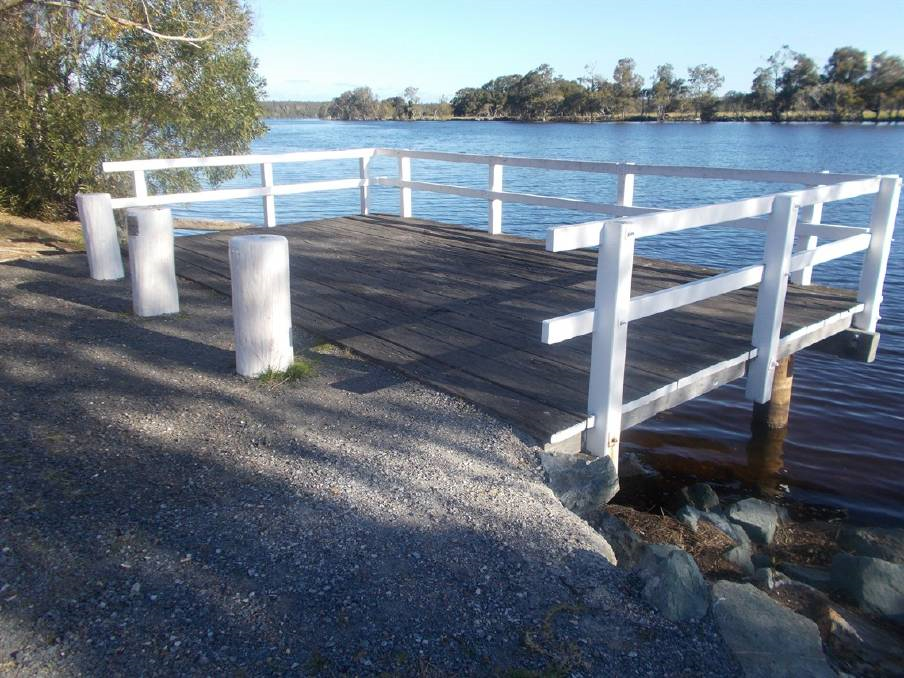 AUSTRALIA – The MidCoast Council agreed to investigate the relocation of the outlet of a proposed desalination plant in the Wallamba River. The council announced last week that it would fast-track the development of a temporary desalination plant at the Nabiac Aquifer water supply plant near Darawank, in case there would be no rainfall between now and March 2020. The area has been experiencing a prolonged dry spell for more than 12 months, which made the council decide to develop the plant.

With planning work already completed and construction on the way, the temporary desalination plant is on track to become operational by March 2020. Following a meeting with MidCoast Council representatives, oyster growers and fish farmers, the council recognized the area was important for the commercial fishing industry and agreed to investigate revising the current planning for the project to relocate the plant’s outlet to at least 100 meters south of the original site.[4]

The council is also assessing the cost after 1.7 kilometers of pipeline for the proposed temporary plant at Nabiac was vandalized. The repair bill is unknown at this stage and the council is considering its options on whether to repair or replace the damaged pipe. The damage includes a number of small holes drilled into a long section of the specially manufactured pipeline.[5]