The Escondida mine in Northern Chile is the world’s largest copper producer.  Credit: BHP.com

INDIA – Water from the future 30,000 m3/d desalination plant in the Gir Somnath district of Gujarat will sell at the rate of $0.59 for the first two years. After the first two years, there will be an annual rise of 3% in the cost of water. A joint venture consisting of Shapoorji Pallonji And Company Private Limited and Aquatech System Asia Pvt. Ltd. will be constructing the plant in Vadodara Zala village of Surtrapada county of Gir Somnath district. (The Indian Express)

U.A.E. – Veolia Water Technologies recently secured a contract through its subsidiary SIDEM to engineer and procure a 661,900 m3/d desalination plant at Umm Al Quwain. After wins at Rabigh 3 in Saudi Arabia and Ad Dur 2 in Bahrain, this new $255 million contract marks a record year for SIDEM.

The project will be located at a coastal site in the Emirate of Umm Al Quwain along the border of Emirate of Ras Al Khaimah. Veolia, as part of a consortium, will be responsible for engineering and procurement for the 681,900 m3/d project and Chinese partner Gezhouba Group International Engineering will carry out construction. The plant is expected to be operational by July 2022. (WaterWorld)

CHILE – BHP, the world’s largest mining company, recently completed the Escondida Water Supply Expansion (EWSE) project at its Minera Escondida mine in Chile. Black&Veatch served as designer and engineer of record on the project. The expansion increases the Escondida mine’s desalination capacity by 71,971 m3/d and allows the mine to be completely self-sufficient and serve all its water needs with desalinated water. (Chemical Engineering) 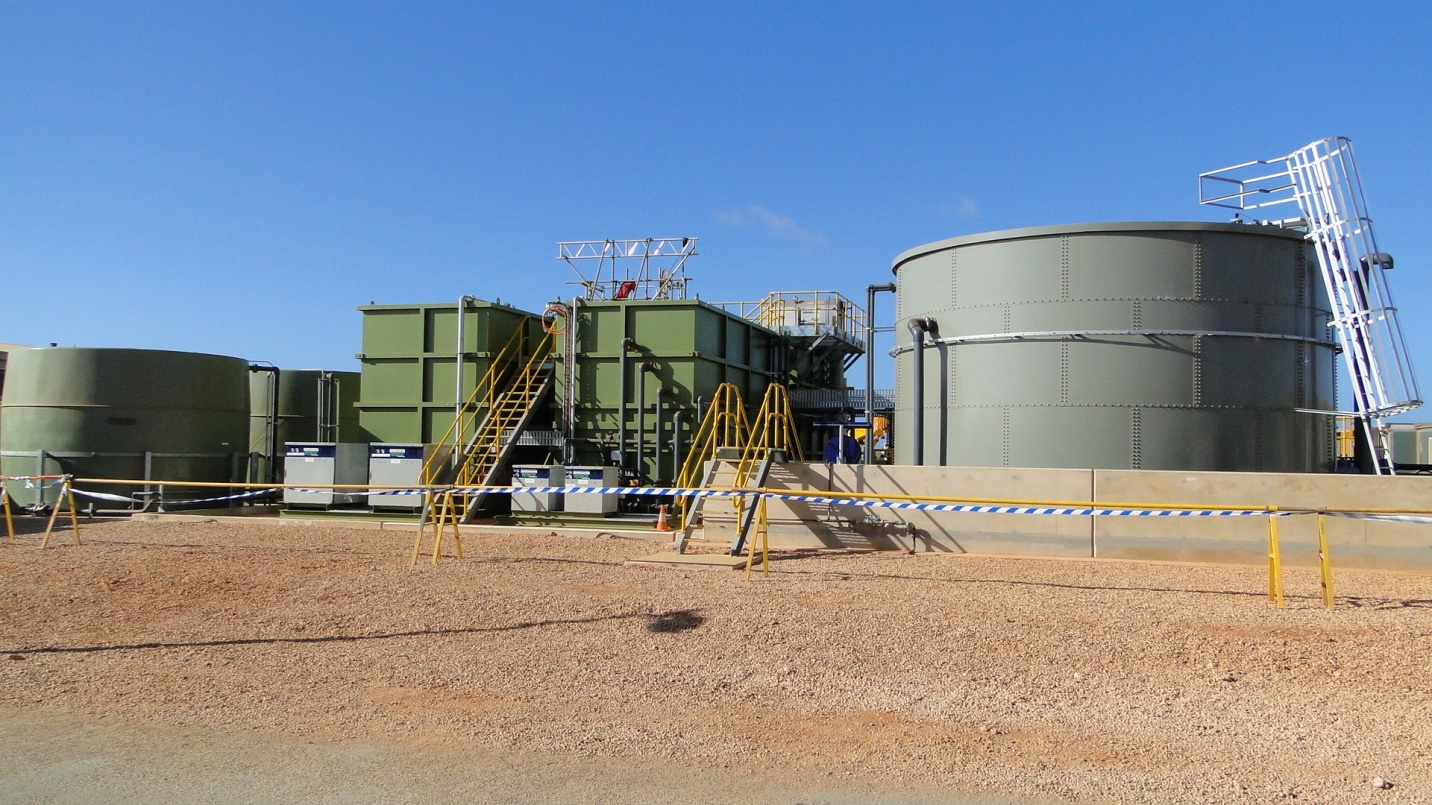 AUSTRALIA – Gradiant Corporation announced that it has acquired Sydney based CRS Water Pty Ltd. CRS Water is an engineering company specializing in water and wastewater treatment plants. Gradiant will integrate its brine concentration product line - including its proprietary Carrier Gas Extraction and Counter Flow Reverse Osmosis technologies - with CRS Water’s engineering and execution capabilities to serve regional clients in the desalination, mining and energy sectors. The managing director and founder of CRS Water will continue to lead CRS Water for a two-year transitional period. (BusinessWire)